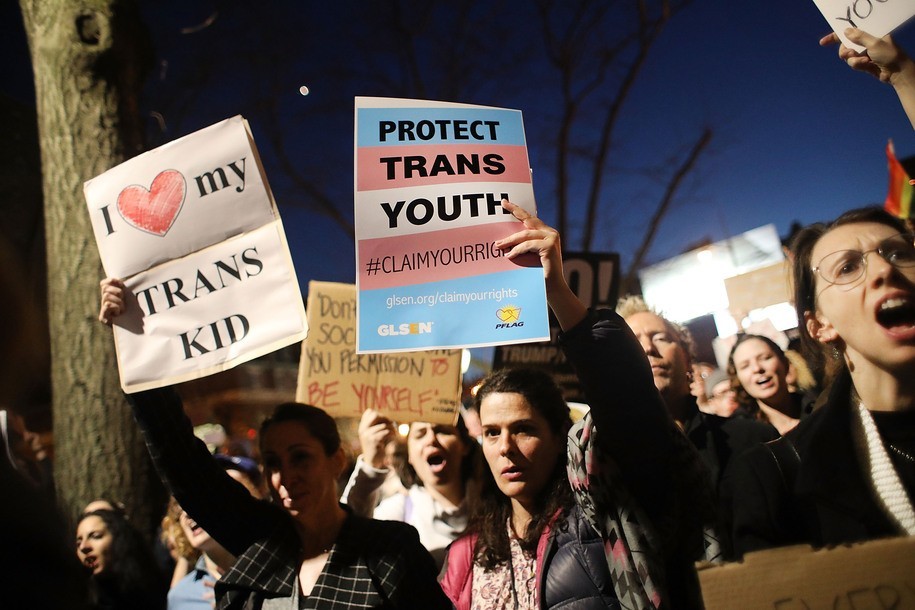 Transgender and nonbinary people have been particularly affected, singled out for attack by bigoted, obsessed state lawmakers and activists. That includes disturbing GOP bills that would allow the inspection of children’s genitalia as part of an effort attacking trans youth in athletics. Most of the record number of anti-LGBTQ bills introduced have specifically targeted trans people, and that was just through March.

“We found that more than half (54%) of transgender and nonbinary people feel unsafe walking in their own neighborhoods, compared to 36% of all LGBTQ adults, as well as less safe in various environments, from work, to social media, or in a typical store,” the 2022 Accelerating Acceptance Study: Unsafe in America report said. “Sadly, 2022 has already seen at least 16 transgender people fatally shot or killed by other violent means,” HRC said earlier this year, many of them people of color.

Paloma Vazquez was a member of the Organización Latina de Trans en Texas, which advocates for Latina trans women, HRC said. Kenyatta “Kesha” Webster was a Black trans woman in Mississippi. “On April 1, more than a hundred people attended the balloon release honoring Webster,” HRC said. “There, Webster’s mother passionately called for justice for her daughter’s death. ‘She had plenty of love. She didn’t deserve that.’” Miia Love Parker was a Black trans woman in Pennsylvania. “She was was a bright light in many lives and was also a fan of Pose.”

The report said that more than 60% of LGBTQ people who are also people of color reported discrimination based on their race or ethnicity, “compared to 32% of all LGBTQ adults.”

“These findings are distressing, but not unforeseen,” said GLAAD President Sarah Kate Ellis, noting book bans and bills forcing censorship in classrooms and “bans on evidence-based healthcare and access to school sports.” The attacks are also being encouraged by right-wing propagandists, who are saying that pro-LGBTQ parents should be arrested and have their kids taken away, and social media trolls who have singled out targets, including Pride events and drag story hours, to their rabid followers.

The survey findings said that nearly 80% of LGBTQ respondents said they needed action on federal protections. “GLAAD’s study proves a need for The Equality Act that would protect every LGBTQ American, protections supported by a vast majority of all Americans,” Ellis continued. “The Senate must pass it immediately and secure the core value of treating people equally into law.”

The House under Democratic leadership has passed the bill, but Sens. Joe Manchin and Kyrsten Sinema’s refusal to change Jim Crow filibuster rules has halted it in the U.S. Senate.

U.S. declares monkeypox a national health emergency. Is it too little, too late?