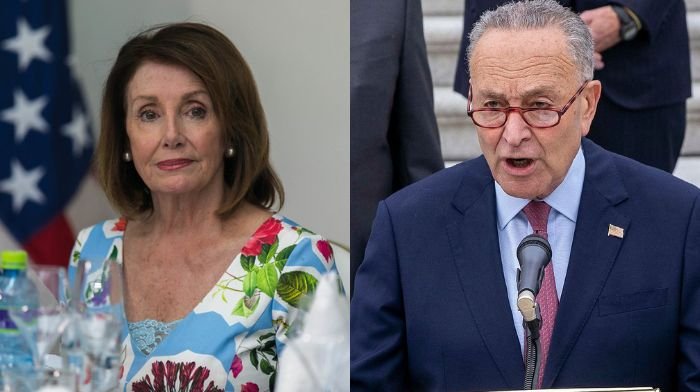 There appears to be even more bad news looming on the horizon for Democrats this November. New analysis of voter registration done by the Associated Press is showing substantial movement towards the Republican Party across 43 states within the last year.

The AP based the findings on a political firm, L2, whose data determined a “definite reversal from the period while Trump was in office when Democrats enjoyed a slight edge in the number of party switchers nationwide.”

The numbers are staggering: Over a million people switched parties from Democrat to Republican.

Worse for Democrats is that the biggest changes are coming in the suburbs, where Trump notoriously slumped in the 2020 election.

What’s Behind The Numbers

Sign up to receive the latest political news, insight, and commentary delivered directly to your inbox.

The AP cites one voter in suburban Denver who could no longer tolerate Democrat support for COVID-19 vaccine mandates and rising crime.

There also seems to be no geographic limits – the data shows a lurch to the GOP in areas like Atlanta, Denver, Pittsburgh, and Cleveland, but also mentions smaller suburban areas around Raleigh, North Carolina, Des Moines, Iowa, Harrisburg, Pennsylvania, and Augusta, Georgia.

Readers will recall that Biden’s margins of victory in Pennsylvania and Georgia were exceedingly small.

BREAKING: Democrats have lost over 1 million registered voters to the GOP.

I’m sure they’ll switch back at 3 in the morning on election night, right @JoeBiden?https://t.co/x4lfXTKXnL#LiberalismIsAMentalDisease

RELATED: Soaring Global Coal Use Is Obliterating Emission Reductions Achieved In The U.S. Since 2005

Numbers Not Looking Good For Democrats

Traditionally, the party in the White House has lost an average of 23 seats since 1974. Gallup basically says, ‘brace yourselves Democrats, not this year.’

The latest poll numbers from Gallup, taken from May 2-22, do not portend a joyous election night this fall for Democrats. According to Gallup, 41% disapprove of Joe Biden’s performance. That number could be lower depending on the poll.

Just 18% have a positive outlook on Congress’ job performance, and only 16% are satisfied with the direction of the country. When economic numbers are brought in, it doesn’t get any better.

Of those polled, 46% have a negative economic rating, and just 14% have a positive rating. According to Gallup, these numbers could be the worst midterm numbers ever recored.

What remains to be seen is the impact the recent overturn of Roe v. Wade will have among suburban women.

Democrats Have Gotten Warnings For A While

There have been warning signs for the Democrats for quite a while. As far back as November of 2021, following the election of Virginia Gov. Glenn Youngkin, Democrat strategist extraordinaire James Carville has been warning Democrats about “stupid wokeness,” and said of the woke in the party, “They’re expressing a language that people just don’t use, and there’s backlash and a frustration at that.”

Even Hillary Clinton has tried to warn her party about extreme positions.

During an interview last week, Clinton seemed to dodge a question about transgender rights, but gave the example of defunding the police as a negative for the Democrats: “You need accountable measures. But you also need policing. It doesn’t even pass the common-sense politics test not to believe that.”

The most recent bonk over the head for Democrats should have been the election of Republican Mayra Flores in a special election for Texas’ 34th Congressional District. The district is on the border, and is the second-most Hispanic county in the United States.

Many Hispanic Democrats in other Texas border districts are starting to get nervous and want meetings with party leaders. But it may be too little, too late.

Republican National Committee Chairwoman Ronna McDaniel gave her take on why the GOP is seeing a surge in voter registration:

“Biden and Democrats are woefully out of touch with the American people, and that’s why voters are flocking to the Republican Party in droves. American suburbs will trend red for cycles to come. Biden’s gas hike, the open border crisis, baby formula shortage, and rising crime are driving voters toward the GOP.”

More than 1 million voters switch registration to GOP as suburbs break from Bidenhttps://t.co/Gkmt4uFjxM

Now is the time to support and share the sources you trust.The Political Insider ranks #3 on Feedspot’s “100 Best Political Blogs and Websites.”