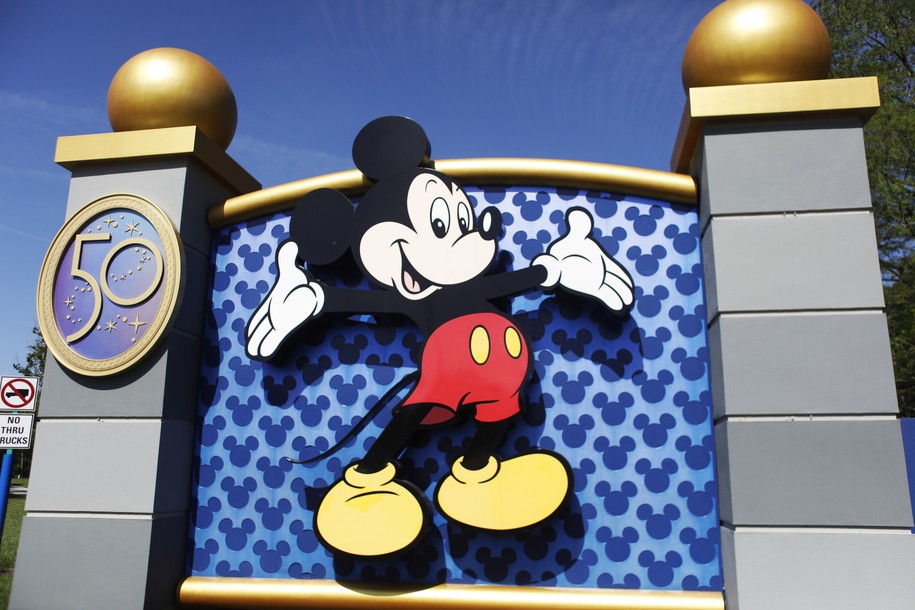 According to data from the Abortion Injustice Campaign led by Floridians for Reproductive Freedom, between 2020 and 2022, dozens of Florida corporations gave millions in campaign donations to anti-abortion lawmakers who voted for Florida’s 15-week abortion ban, which was signed into law by Gov. Ron DeSantis last month. At least seven of those companies, including Disney, Comcast, and AT&T, have said they will offer travel support to employees who seek abortion care. Disney is the second-highest donor, having given $927,359.81 to anti-abortion lawmakers in Florida since 2020. Comcast has donated $393,000, and AT&T has donated $159,000. Other companies that have donated to anti-abortion politicians in the state while offering paid abortion travel include NBC Universal, Verizon, Walgreens, and Zillow. Prism reached out to representatives from each of these companies, but none of them responded to a request for an interview.

“I would like these corporations to wake up to the hypocrisy that they’re showing,” said Amy Weintraub, the reproductive rights program director for Progress Florida. “I would like them to take responsibility for that and recognize that it is because of the anti-abortion extremists that they have funded that we’re in this pickle, and they’re having to expend extra money now to make sure that their employees get the care that they need.”

Outside of Florida, according to reporting from Business Insider, AT&T contributed about $1.2 million to politicians who backed abortion trigger laws across 13 states in the U.S. Bloomberg similarly reported that Amazon and Disney donated thousands of dollars to Republican political action committees (PACs) and candidates.

The abortion travel benefits come as several states banned abortions, with over 20 expected to follow suit. Since Texas’s Senate Bill 8 went into effect last fall, abortion care providers in surrounding states, and even as far as Oregon, have reported a drastic increase in patients from Texas. Organizers have already seen this number rise since bans have begun across the South and other pockets of the country. The Guttmacher Institute estimated a potential 234% increase in people traveling to Oregon for abortion care now that the Supreme Court has officially overturned Roe v. Wade. According to Piñeiro, 15% of their clients have come to Florida from out of state in the past year.

“If corporations are really going to be supporting their employees getting an abortion, maybe that means connecting with an abortion fund or the National Network of Abortion Funds to make sure they are not allowing staff to perpetuate abortion stigma,” Piñeiro said. “I think there’s a lot that corporations can do in this moment other than say that they’re going to support but then fund anti-abortion politicians.”

Disney’s “family planning” benefit would be extended to any worker who cannot access care where they live, including “pregnancy-related decisions.” The company employs 195,000 people worldwide, including about 80,000 in Florida. Dick’s Sporting Goods, whose chairman has also donated thousands of dollars to Republican lawmakers, said the company would provide $4,000 in travel expense reimbursement and that the benefit will be offered to any “teammate, spouse, or dependent” enrolled in their medical plan. A spokesperson from Dick’s said they are not speaking with media at this time.

Abortion advocates have also raised concerns about the logistics of the policies—how the information will be disclosed and whether they could eventually be reported to law enforcement.

“[Companies] have an opportunity to really show up for their workers,” Piñeiro said. “But that opportunity is only there if they’re willing to protect the privacy of their staff who may need abortions. The way that abortion stigma is so deeply ingrained in our experience … offering to pay for people’s abortions was not the solution. It was always the first step. Now they know they need to take a few steps back and think about how they’re going to actually do that safely.”

At BuzzFeed, to ensure the abortion access policy process remains entirely confidential, the company has chosen not to use reimbursements and instead offers a stipend. This would ensure the entire process falls within the HR department as opposed to involving the finance department. Stipends are allowed to be used at the employee’s discretion, and the entire process is treated as a confidential medical matter.

Representatives from Disney, AT&T, and Comcast did not respond to a request for more details on the privacy protections, if any, of their policies. At DoorDash, which has announced a similar plan, a spokesperson said they will not be handling any reimbursements directly with employees and instead will be relying on a third-party administrator to manage the policy under a Health Reimbursement Arrangement. These third-party administrators are bound by federal HIPAA privacy laws, which would protect against state overreach and withhold information from anyone who is not authorized to access transaction details. But the policy will not be available to independent contractors, including Dashers, the people laboring to deliver food to customers’ doors. As of 2021, DoorDash employed approximately 8,600 employees, but by 2017 there were already over 100,000 Dashers across the U.S. and Canada.

Piñeiro, who has been fighting for abortion access for the last decade, said she was shocked to hear that some companies provide these benefits given their notoriously bad treatment of workers. Other companies offering benefits, including Amazon and Starbucks, have been embroiled in an ongoing union-busting effort for over a year.

“I would have never imagined that companies would be coming out and doing this because of how poorly their workers are treated in the first place,” Piñeiro said.

The policies follow a national trend that began with the racial uprisings in 2020 when companies responded to historical cultural moments by engaging in performative acts of solidarity, like posting a black square on Instagram ostensibly in solidarity with Black Americans. Advocates suggest the policies are thinly veiled attempts at capitalizing on the movement while garnering positive PR.

“This is about changing the culture of the way that companies are responding to historical moments,” Piñeiro said. “When the Black Lives Matter protests were happening two summers ago, companies felt like they needed to say that to protect their brand. But what is the actual meaning behind it?”

Piñeiro and Weintraub said they hope companies will take privacy concerns into consideration when implementing these new benefits, and in the meantime keep their money away from anti-abortion politicians and instead direct resources to candidates whose values align with theirs.

Prism is an independent and nonprofit newsroom led by journalists of color. Our in-depth and thought-provoking journalism reflects the lived experiences of people most impacted by injustice. We tell stories from the ground up to disrupt harmful narratives, and to inform movements for justice. Sign up for our newsletter to get our stories in your inbox, and follow us on Twitter, Facebook, and Instagram.

Donald Trump Calls for Cassidy Hutchinson to Be ‘Prosecuted’

Cassidy Hutchinson’s testimony was a preview of what’s coming next from Jan. 6 committee