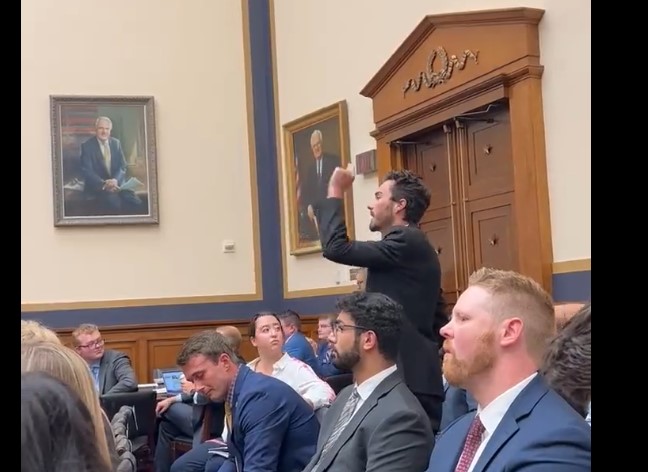 David Hogg of March For Our Lives was removed from a House hearing on the markup of several gun violence bills for calling out GOP lies.

The guns in Parkland, Buffalo, El Paso, didn’t come from Mexico. They came from the US, and the shooters were inspired by racist, anti-black, anti-immigrant manifestos that rhyme with GOP talking points. pic.twitter.com/0D4QbHvu1t

Hogg was escorted out of the hearing. It is difficult to imagine what it felt like for a survivor of a mass shooting to have to sit there and hear Republican lies that have been echoed by mass shooters.

The great thing about Mr. Hogg and his generation is that they aren’t going to sit back and take being lied to.

David Hogg was kicked out of a House hearing, but he showed why the tide is turning on the politics of guns.

Mr. Easley is the managing editor. He is also a White House Press Pool and a Congressional correspondent for PoliticusUSA. Jason has a Bachelor’s Degree in Political Science. His graduate work focused on public policy, with a specialization in social reform movements.