A DRUNK prostitute reportedly bit off part of a tourist’s ear and SWALLOWED it whole in front of him.

Kannika Kamton, 25, is said to have approached the 55-year-old holidaymaker on an open-back bus in Thailand.

The 22-year-old hopped onto the vehicle after it stopped at a traffic light while “severely intoxicated from alcohol”.

Passengers watched in horror as the sex worker allegedly sunk her teeth into his right ear lobe in Pattaya on Saturday night.

Kamton is said to have bit off part of the flesh before swallowing it, leaving the victim screaming in agony.

She tried to run off before police were called to the scene. 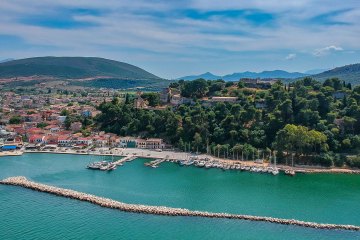 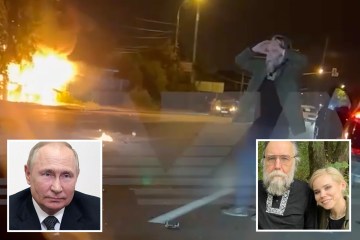 Officers bandaged up the holidaymaker’s ear while he was “bleeding heavily” on the side of a busy road.

He was then taken to hospital for emergency treatment.

Kamton was seized by cops after she was handcuffed to a truck and taken to the local police station to sober up.

Police Lieutenant Colonel Saijai Kamchula said of the bizarre incident: “An officer took control of the attacker, but she kicked the officer with her feet and resisted arrest, so extra help was needed to restrain her.

“The detained woman will be prosecuted.

“There were many witnesses and the victim wants to have the woman detained and prosecuted.”

Pattaya – known as Sin City – is renowned for its raunchy 24-hour strip clubs and brothels, seeing it dubbed the Sex Capital of the World.

More than a million people flock to its red light district each year and almost 20 per cent of the population are employed in the sex trade.

Sex tourism began in the city when it became an leisure spot for US soldiers during the Vietnam War.

Should Russian tourists be held responsible for Putin’s war?

I’m not having any more children – my 12 wives are going on the Pill, says polygamous father of 102 kids & 568 grandkids