THIS is the shocking moment a group of Brit women were whacked and shoved to the ground by aggressive bouncers outside a club in Marbella.

The footage shows the women standing outside a nightclub in the popular Spanish resort town as they appear to row with door staff.

A witness claimed the group had been booted out of the nightclub for being disruptive, Mail Online reports.

In the video, a bouncer is seen shoving a woman in a pink dress, who tries to fight back by flapping her arms in his direction.

Another woman tries to stop her white dress lifting up as a bouncer picks her up and moves her away from the bar.

One of the thugs then pushes the woman in the pink dress to the ground. 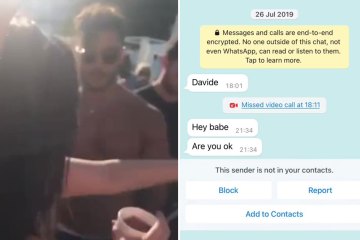 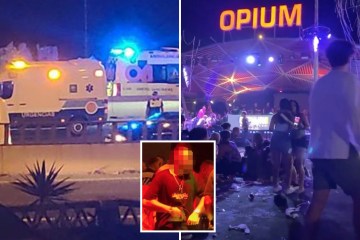 He then picks both her and a friend up before carrying them away.

Another woman can be heard shouting: “What the f*** are you doing?”

The same woman is then smacked in the face by a bouncer as the pink-dressed tourist is thrown back on the floor.

The women regroup and walk back towards the entrance of the bar to ask the door staff why they were acting so violently.

But one of raging bouncers then whips his belt off and whacks it down against a metal pole, appearing to threaten the women.

A colleague is seen intervening and warning him to stop as the women move away from the venue.

It’s not clear what started the brawl on the popular strip.

It comes a month after a gunman opened fire inside a packed club in Marbella.

A Love Island star was caught up in the bloodbath at Opium that left five people injured.

The shooting is understood to have happened after a fight between two groups of revellers in a VIP area of the beach club.

The gunfire caused a stampede on the dance floor as panicked revellers screamed as they frantically tried to flee the club.

Do Russians think they can win the war against Ukraine? Here are three reasons why they do.