A TEENAGER who shot dead both his parents and his ten-year-old brother after he was punished for his poor grades has been jailed.

The 15-year-old, named only as Santi for legal reasons, has been sentenced to six years behind bars after he shot his mum with his granddad’s hunting rifle before turning the weapon on his little sibling and father.

The Spanish teen had been banned from using the Internet or watching TV as a punishment for his poor performance at school.

He lived with their bodies for several days at the family home in La Algoda near the Costa Blanca town of Elche south of Alicante before the horrific crime was discovered.

On Saturday it emerged the triple teen killer had been sentenced to six years in custody and another three years of probation.

He is expected to serve most of his sentence, the maximum possible under Spanish law for a boy of his age, in a closed young offender institution before being transferred to an adult prison. 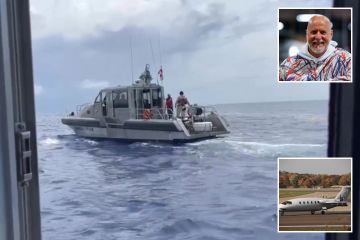 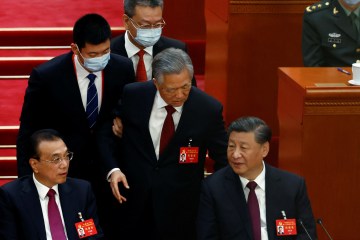 Local reports said he had confessed to carrying out the February 8 murders in a trial that took place behind closed doors as it involved a minor.

If he had been a year older when he committed his crimes, he could have been handed a 10-year custodial sentence.

The youngster told specialists after his arrest he had acted in a fit of rage after being left without a computer or TV as well as being banned from going out with his friends and made to help out with domestic chores.

He shot his brother Gonzalo in the back as he tried to flee after killing his mum Encarni – and hid their bodies in a storeroom before using the weapon to murder his dad Jaime when he returned home later the same day.

His injured father managed to wrestle the weapon out of his hands and throw it on the ground before the teenage killer retrieved the rifle and fired off two more shots.

He spent the next three days in his room playing video games and posed as a relative to call his school and lie he had Covid to buy time, before confessing what he had done when his concerned aunts turned up at the family home.

Psychiatrists and other experts who interviewed him after his arrest ruled out any mental illness and said in a report he knew what he had done and recounted it with “coldness and no regret.”

Reports at the time of the killings said the “shy” student had read a book on his school reading list about a 16-year-old who murders his dad and wounds two of his three siblings.

The novel, “The Angry Age” by prize-winning Spanish author Nando Lopez, focuses on a fictional attack by a boy called Marcos who kills his father with a typewriter and uses scissors to hurt his other victims.

I thought 80s popstar wanted to MARRY me – but I lost my entire life savings after terrible twist, claims woman