A DAD frantically tried to save his only son after he was crushed by a garage door during what he thinks was a game of hide and seek.

Abdul Razack Tarawaley, nine, and another boy were horrifically found trapped at the top of the door by his father.

Emergency services raced to the home in Australia but Abdul tragically died at the scene.

The other young boy, who has not been named, was rushed to hospital in a serious condition.

Abdul’s dad, who is his namesake, has now paid tribute to his “sweet” boy – who was his only child.

He said he found his son and the other boy, whose age is yet to be confirmed, when he went to check on them about 7.30pm on Saturday local time in Melbourne. 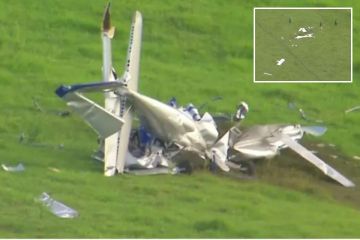 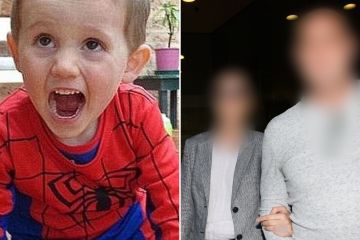 The dad said he believed his son was playing hide and seek with friends at time.

He told The Herald Sun: “I tried to pull down the gate but I can’t because it’s too big, it’s too heavy.

The dad said Abdul, who was due to celebrate his 10th birthday in just two weeks, dreamed of being doctor, loved playing football and and hanging out with his friends.

Tributes flowed on Abdul’s father’s Facebook page on Sunday, with more than 200 people sending their condolences in a matter of hours.

One shared their love for “Junior”, thanking the boy for “so many memories”.

They wrote: “My heart aches with such sudden news. Finding it so difficult to believe. You’ll forever be in my heart my Ju.”

Another wrote: “It is very painful. I’m just in shock, pain and grief.”

Abdul’s uncle told reporters the family were furious to find there did not appear to be any safety mechanism on the garage door that could have prevented the boy’s death.

He said: “The door only had a button to go up and down and where the button is placed is reachable to kids.”

“There is no proper safety measures.”

An investigation is underway into the circumstances of the tragic accident.

Police are not treating the incident as suspicious.