Elon Musk continues to mess around with elements of Twitter, switching things off and cutting functionalities, along with staff, which may or may not ultimately lead to more significant problems for the app over time.

On balance, I would bet on Elon eventually working things out and stabilizing the app. It just might take a while to get there – but while we’re quick to criticize Musk’s various schemes and plans, it is also worth noting that he’s trying to reform the way that the business operates for good reason.

Elon paid $44 billion for Twitter, with a portion of that coming from a collection of equity partners, including Oracle, Sequoia Capital, Binance and Andreessen Horowitz. Those partners, of course, want to see return on their investment, while Musk will also reportedly have to pay over $1 billion per year in interest on the more than $20 billion in loans he took out to finalize the Twitter deal.

Twitter, meanwhile, according to Musk, is (or was) losing $4 million per day, due to rising costs and declining ad spend, the latter of which has potentially declined even further since Musk took over, with various big agencies advising clients to pause their Twitter ad spend due to the potential for changes to its policies.

Essentially, Musk needs to make money, and fast, which is likely why his $8 checkmark subscription plan feels so rushed. Because it is – but at the same time, the reality is that Elon needs to stabilize and rationalize the business, quickly.

Which may not be possible – but rather than simply pointing out the flaws in Musk’s approach, it’s worth also considering what Twitter could do to make money, and revamp the platform in line with business need.

This is a separate question from Elon’s ‘free speech’ changes, which may or may not happen – what features and/or elements could Twitter implement that would actually improve the platform, while also generating money for the business?

Here are some ideas:

The most obvious opportunity is a business subscription program, where brands could pay a certain amount – potentially in varying tiers – to gain access to additional Twitter features, designed specifically for business use.

Twitter’s already taken some steps on this front with its Professional Profiles, which it’s been gradually evolving over time, but there are other elements that Twitter could also incorporate into a more comprehensive business package.

Improved analytics, for example, would be valuable. Twitter actually downgraded its analytics tools back in 2020, removing various insight elements, including demographic info, from its display. You can still access basic audience and tweet analytics data, but Twitter is far from the best platform for analyzing your audience, in order to maximize your strategy in the app.

Which seems like a problem, and one that Twitter is uniquely placed to solve, and that brands would indeed pay for.

What if, as noted by Hubspot back in 2016, Twitter added follower analysis over time, so that you could track follower increases in line with specific tweets, or influence analysis, highlighting the most influential amplifications of your tweets. Hubspot also suggested conversation tracking, so you could identify key tweet trends as they evolve, and ’buzz tracking’, to monitor conversations around your brand and staff in the app.

Various third-party tools also include in-depth competitor analysis and performance tracking, which you can’t get on Twitter itself, while management platforms like Hootsuite, which has over 200k paying subscribers, are largely used for tweet scheduling.

Twitter already facilitates data analysis via Gnip, which is pricey, and likely does place a higher data load on its systems (another cost consideration). But this seems like a key opportunity, and if Twitter priced this right, and offered variable access options for different brands, that seems like an immediate way to raise funds, using the platform’s existing resources.

The question then is how many brands are using Twitter, and how much would this be worth for the company?

There are no concrete stats on how many brands have an active Twitter presence, but I would assume that at least 50 million of the app’s 238 million daily active users are brands or professionals associated with brand accounts.

Let’s say you charge variable tiers of $5 to use Professional Profiles, $15 for basic analytics, then $30 at the top end. At base level alone, you’re looking at $250 million per month ($750m per quarter), which is well in line with Elon’s target of half of Twitter’s revenue coming from subscriptions.

That’s a very basic estimate, but seems like a better opportunity than charging users for a blue tick.

Another element which Musk’s team is exploring is paid DMs, and the capacity to reach Twitter users with direct promotions, for a fee.

That might work, and definitely, there are brands that have expressed interest in paying to reach specific users via their direct message inbox in the app.

But another aspect that could be worth considering is audience segmentation, and being able to tweet at selected users, either via DM or via tweet, with specific tweets and messages.

Twitter’s already been developing various audience segmentation tools, with private tweet groups (Circles), subscriptions (Super Follows-only tweets) and reply controls, so that you can decide who’s able to engage with your content.

But what if brands were able to better segment specific elements of their Twitter audience, then tweet at them only, enabling more specific community building, promotion, and more.

This could be another element of an advanced Twitter package for brands, or maybe an aspect of Twitter Blue, providing another way to maximize audience engagement – and limit annoyance.

This may seem somewhat counter-intuitive, in that these features generally gain more value when more people use them. But the reality is that most live-streams are bad, be it in audio or video form, while they also cost a heap in data storage and facilitation, usually to the point where they’re not profitable to operate.

But some people get huge value out of building their communities in live elements, and there are some broadcasters who are really great at what they do. If you made Spaces and video live-streams accessible only to Blue subscribers, at the current $4.99 per month (not the $8 per month blue tick program), you would effectively filter out a lot of the junk, which could actually see Spaces engagement, overall, increase, with top broadcasters then seeing increased engagement and amplification in the Spaces/Live tab.

Maybe you don’t see many sign-ups as a result, but it would be a valuable perk for Twitter Blue. And I’m, guessing that the vast majority of Twitter users never stream anyway, so the potential negative impact would be minor.

That also then reduces system load, while Twitter could also work to incentivize broadcasters by revamping the Spaces tab to focus on Twitter-native broadcasts, as opposed to podcasts from other providers.

Twitter already has Twitter for Professionals, which is aligned towards creators and providing them with more tools in the app. But this could also become a paid option, especially if Twitter sweetens the deal with, advanced audience insights, in-stream newsletter tools (made available only to paying creators), longer video and audio uploads, better access to live-streaming tools, etc.

There are various options that Twitter could build into a more advanced creator account offering, which would be of interest to those looking to boost their presence in the app.

Also – this may be off deep end – but what if Twitter looked to help amplify paying creators’ tweets by shading them a different color in-stream: 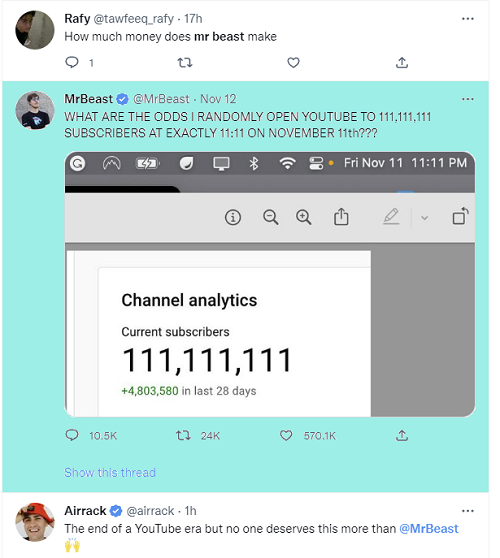 Okay, that might be too far, and my mock-up here is probably not the best representation. But I do think that there are options like this that Twitter could implement to showcase different elements, and highlight specific tweets in-stream.

Maybe the color is more subtle, but it could be another option that creators looking to build audience in the app would consider paying to use.

In May last year, Twitter acquired Scroll, a platform which, before being integrated into Twitter, worked with publishers to establish revenue share deals from its paying subscribers, which essentially meant that publishers got direct revenue from readers, and readers didn’t get shown ads.

Scroll used the money that it generated from user subscriptions to the app (which cost $5 per month and up) to then pass on revenue to the sites that it sourced content from, which Scroll says ends up securing even more income than ads for its partner platforms. 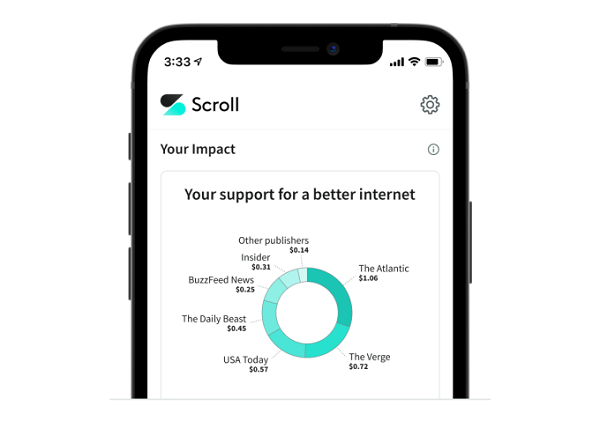 Twitter eventually integrated Scroll into Twitter Blue, then the Musk transition team canceled its publisher deals. But over 350 publications were, at one stage, signed up to the program, and it does seem like an opportunity to generate revenue for Twitter, even if it’s not a significant, game-changing amount.

Micropayments also offer an alternative revenue stream for all kinds of creators, which could better align with Musk’s goal to facilitate ‘citizen journalism’ in the app.

And many Twitter users would probably consider paying, say, $3-$5 per month to avoid paywalls, if those deals could be expanded, and this was made more of a specific focus, as opposed to being hidden within the Twitter Blue package.

Look, some of these may have obvious developmental flaws that Twitter staff would highlight immediately, while others may require so much development time and resources that the cost to offer them would be too great, especially now that Twitter only has half the employees that it did last month.

But the point is that there are other areas of opportunity out there that don’t require devaluing elements of the platform, or causing discord with ad partners – while they could also provide an improved user experience (as opposed to charging for basically nothing).

And while Twitter’s verification issue is significant and worthy of reformation, especially in regards to separating the humans from the bot accounts, it seems like a lesser concern at this stage. It’s also one that would likely be better solved by simply offering a gray checkmark for users that verify their info, as opposed to upending the current system entirely.

But Elon has his own way, and again, I do think that he will eventually stabilize the app. It’ll just take some time, and probably a lot more radical proposals, to get there.